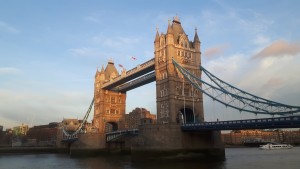 Thirty-six hours after promoting western Canadian wheat to some of the most important export markets in Europe and North Africa, I was back home where you might expect to find me, in the bleachers at a rink with the temperature hovering around -25° Celsius outside.

I spent the first half of December on the road, on a whirlwind tour of four key markets for Canadian wheat and durum exports: Algeria, Morocco, England, and Italy. In total, we logged over 20,000 kilometres between these four markets in 15 days. It’s a long way from the 4,000-acre grain and oilseed farm I run with my brother Lance, in East-Central Saskatchewan. You see, Canada exports 20 million tonnes of cereal crops each year. And it’s our job to maintain and protect these markets, through presentations, conversations, and dialogue, which is exactly what I did on the 2016 Canadian Wheat New Crop Missions. 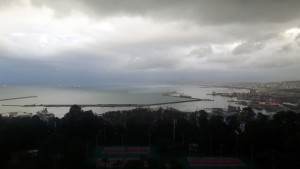 Our two-week mission was organized and coordinated through three organizations: Cereals Canada, Canadian International Grains Institute (Cigi) and the Canadian Grain Commission (CGC). There were four new crop missions in total, spanning 17 countries in the fall of 2016 that traveled through Asia, Latin America, Europe, North Africa and West Africa. The approach, providing customers with updates from experts along the Canadian value chain, including a farmer, a representative of grain exporters, and technical specialists from the CGC and Cigi.

As a farmer, I was honoured to represent western Canadian producers, and our role is ever important on these missions, to tell our story. It was the opportunity to speak about our independent approach to running our businesses and how we make decisions on our farms that are in the interest of the family business, for today and looking toward the future. I spoke of our focus on technological advancements to help farmers in Canada be as productive as possible while ensuring that we are growing crops in a sustainable manner that will protect our land, air, and water for the next generation.

The value of having a team of Canadians representing the value chain became more obvious as our mission through North Africa and Europe continued. Customers had heard that Canada had a tough growing season, plagued with too much moisture and a long drawn out harvest. This led to very real questions and concerns about the quality that Canada would have to offer for export to Canadian wheat and durum dependent markets. It was our chance to correct any misinformation they had, and to share the whole story about the quality that would be available for their import needs. Questions about glyphosate and how we use it on the farm were valuable to hear and even more importantly to have the ability to respond firsthand and explain how we use herbicides, pesticides, and fungicides to produce the quality product customers have come to expect from Canada. These discussions during the missions help build new business relationships and strengthen existing ones, which frankly is ever important to this Canadian farmer if we intend to maintain and grow our position in these markets.

After spending these valuable two weeks in conversation with the decision makers of these important end-use markets, I have a better appreciation of our role and the importance of that role. Conversing with companies like Barilla Pasta, SIM Pasta/Cous Cous, and Warburtons and seeing their businesses in action using Canadian wheat to produce products for local markets and international distribution is humbling. What we do as farmers makes a difference, but we can’t rest on our laurels in this competitive landscape.